(This essay was originally published by the Newport Daily News on February 19, 2014.)

Many historians consider the Civil War the first “modern war,” by which they are referring to two things. It was the first war to mobilize the entire resources of a country. Second, it was the first war in which such a tremendous scale of resources and weapons were employed, a result of the Industrial Revolution.

This Revolution began in the mid-18th century in Great Britain, spread to the European continent, and leaped to America when Samuel Slater, an Englishman, built the first successful “factory” in the United States in 1793, a cotton spinning facility which happened to be in Pawtucket. The Revolution eventually enabled the mass production of textiles, tools, nails, screws, sewing machines, and steam engines, improving the quality of life for millions. Nefariously, it also allowed the mass production of instruments of war.

The war’s increased demand for uniforms and blankets boosted the already substantial textile manufacturing industry in our state. As the war began, Rhode Island had 176 cotton mills and 57 woolen mills. To meet the demand, this sector expanded greatly. For example, the Atlantic Delaine Mills grew in size and the Wanskuck Mill was founded, both north of Providence.

The cotton textile industry was dominated by such groups as Brown and Ives and also the Sprague family. As the war opened, 26-year-old William Sprague, brother Amasa, and cousin Byron headed the Sprague businesses. 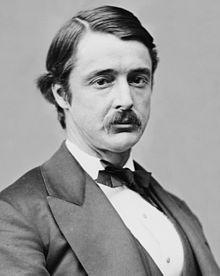 The astute and capable William took charge of the newly-formed A. & W. Sprague Company. Headquartered in Cranston, it operated nine mills with some 300,000 spindles. (Young William successfully ran for governor in 1860, the same year Lincoln was elected and the southern states began seceding from the Union.

Beyond textiles, Rhode Island factories contributed greatly to the Union war effort in a wide variety of metal-related industries.

In 1856 the Corliss Steam Engine Company opened a foundry in the Providence area which produced engines, boilers, shafting, gears, and heavy castings. By 1861 its steam engines were reputed as the best in the country. The company eventually produced the large metal ring that allowed the turret of the ironclad ship Monitor to turn. The company’s advanced steam engine with its patented automatic cut-off valve was the mainstay in the industry for decades after the war.

The Brown and Sharpe Company in Providence manufactured a precision gear-cutting machine, dividing machine, automatic screw machine, and gyroscopic top, along with other innovations. In 1858 it had invented the new Gibbs sewing machine; by 1863 it had produced 20,000 of them.

The great leap in production quantities was made possible by the development of a system of interchangeable parts on a large scale. “Each part is so made that it can be supplied to any machine and is thoroughly gauged, tested and inspected before it reaches the assembly room to be finally put in its place,” reported the Providence Journal in December 1863.

Perhaps the most significant of Brown’s inventions was the universal milling machine which allowed the machining of rifle barrels. This invention eventually enabled the Providence Tool Company to produce over 70,000 rifles. It also manufactured 10,400 cavalry sabers, and its sewing machines were used to mass produce clothing for soldiers.

Also adding to the war effort was the Builders Iron Foundry in Providence which produced 11-inch smoothbore Dahlgren guns and shells and 13-inch cannons.

The Bristol Firearms Company was founded by Ambrose E. Burnside who rose to become a general and command the Army of the Potomac. This company evolved into the Burnside Rifle Company which eventually produced 100,000 carbines, a weapon that Burnside had patented.

Klein concludes, “Rhode Island’s contribution was wholly out of proportion to its size and did much in those critical areas not only to define the new face of warfare but also to achieve victory for the Union.”